You Are Here: Theory projects

We are always happy about unsolicited applications. Please contact the principal investigator with whom you'd like to work with to discuss possible projects.

Trapped ions are one of the leading platforms to build robust quantum information processors. Instead of storing information in electronic qubit-states, it has recently been shown that vibrational modes of trapped ions can be used to encode and protect quantum information in bosonic quantum error correction codes, such as Schrödinger cat codes or the GKP code. In this project, you will analyse and numerically simulate such a code, and among other methods use Lindblad master equations to gain insight into the creation, dynamics and stabilisation of such states in realistic trapped-ion setups.
​Contact: Markus Müller 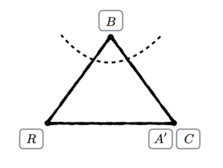 In this project, you will work in the regime where quantum processing units feature a limited number of logical qubits, allowing to run small size digital schemes. You will develop and refine quantum algorithms for this regime. Via rigorous as well as heuristic complexity analyses, the goal is to single out applications with the smallest quantum resource requirements – while still showing the potential of a quantum advantage.
Contact: Mario Berta

In this project, you will compare different quantum algorithms that operate in the regime where quantum processing units feature a limited number of logical qubits. The goal is to move away from asymptotic complexities and derive finite resource estimates to assess the practicability and potential of different approaches and applications.​
Contact: Mario Berta

In this project, you will compile and implement proof of principle cases of state-of-the-art quantum algorithms. The Amazon Braket system is operated via Jupyter Notebooks based on Python, which are run on quantum simulators as well as various quantum processing units (see aws.amazon.com/braket/). There is the possibility to upload finished example content on the official AWS repository (upon AWS review and approval).
Contact: Mario Berta

Entropy for quantum systems is a fundamental, interdisciplinary concept to quantify the advantage of quantum technologies for processing of information. It is, however, a long-standing open question what mathematical properties of the entropy function translate from the classical to the quantum regime. In this project, you will implement numerical test tools to inform the search of novel quantum entropy inequalities via proof techniques from matrix analysis.​
Contact: Mario Berta

Neutral atoms stored in optical lattices or optical tweezers form scalable quantum registers. If laser-excited to Rydberg states, these atoms exhibit strong and long-range interactions which can be exploited for the implementation of fast entangling gates between pairs and even groups of atoms. In this project, you will devise a protocol for the realisation of an efficient multi-qubit Rydberg-atom entangling gate, use analytical techniques and simulations to analyse its performance, and explore how this can be used as a building block for quantum computing or error correction.
Contacts: David Locher, Markus Müller

Trapped Rydberg ions are a promising novel emerging physical platform to build quantum computers and simulators. Here, trapped ions are laser-excited to Rydberg states, where they behave as a composite object and exhibit strong and long-range interactions, which enable the realisation of fast quantum gate operations and quantum simulation of many-body spin models. In this project, you will theoretically model Rydberg ions in a Paul trap and use analytical techniques as well as numerical methods (such as Lindblad quantum master equations) to develop protocols and study the performance of quantum gate operations and building blocks for quantum error correction in this system.
Contact: Markus Müller 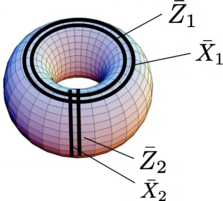 Topological quantum error correcting codes provide a mathematically elegant and practically highly promising approach to fight errors in scalable quantum computers. In this project, you will familiarise yourself with such quantum codes, and use analytical tools and numerical simulations to assess their performance under realistic noise.
Contact: Markus Müller

Fault-tolerant operation of quantum computers relies on logical building blocks which manipulate the logical information stored in a quantum error correcting code in a way that prevents uncontrolled spreading of errors beyond a tolerable amount. This project aims at contructing fault-tolerant gadgets with the help of classical boolean logic. Your goal will be to implement fault tolerance constraints into methods to systematically find quantum circuits to realize given logical operations.
Contacts: Sascha Heußen, Markus Müller

In the era of noisy intermediate scale quantum computers, hybrid algorithms that combine classical and quantum resources are of great interest. Variational Quantum Algorithms (VQEs) are among the most successful hybrid algorithms today. This family of algorithms optimize a cost function (e.g. energy of a Hamiltonian) using a classical algorithm but computing and optimizing the cost function value using a quantum computer. In this project we are going to develop circuit ansatze and strategies for solving problems related to quantum chemistry and condensed matter physics.
Contacts: Luis Colmenarez, Markus Müller

You will conduct research on either one of these topics: 1) Quantum Machine Learning: You learn how to perform techniques such as neural networks on quantum physics and chemistry problems; 2) Circuit QED: You will learn how to couple qubits in a circuit and how to make quantum processors, theoretically; 3) Quantum Thermodynamics: You will learn how to alter heat engine, e.g. solar cells, Photosynthetic systems etc., by adding small quantum elements they perform differently.
​Contact: Dr. Mohammad H. Ansari 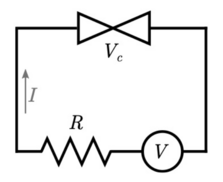 A superconducting phase slip junction can exhibit steps of constant current in its IV-characteristic.
These so-called dual Shapiro steps relate current to frequency which has important applications in the
field of quantum metrology. In a realistic device, quasiparticles can enter the junction modifying its
electrical properties. This introduces noise in the device that decreases the visibility of the steps. In
this project, you will develop an analytical understanding of dual Shapiro steps and perform numerical
simulations to determine the effect of quasiparticle poisoning on the step-width.
Contacts: David Scheer, Fabian Hassler 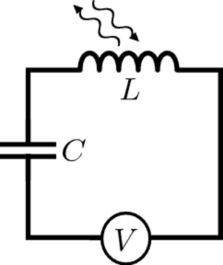 Open quantum systems interact with their environment e.g., via emission or absorption of photons. The equation governing the dynamics of these system is called the Lindblad master equation which takes the interaction into account and can be used to study e.g., electronic quantum circuits. Solving the equation gives insight into possible instabilities, phase transitions and enables the study of the cumulants of observables such as the photon current. In this thesis, you will develop an algorithm to solve this equation numerically and compare the outcome to analytical results.
Contacts: Steven Kim, Fabian Hassler

Chiral anomaly describes the process where for a system of chiral fermions (massless Dirac equation), the particle number of the right movers are not conserved. Applying a time-dependent electric field, particles are "created out of the vaccuum". In this project, you will numerically simulate this physics by simulating the time-dependent Schrödinger equation of a system of non-interacting fermions (fermi sea). You will compare the numerical results to the analytical predictions obtained by field theory or bosonization.
Contacts: Fabian Hassler

In superconducting quantum systems, a significant part of the emitted microwave radiation can be collected and converted to an amplified output signal. This allows for a detailed study of the correlations of the radiation. The statistics of the radiation can offer a valuable insight into the quantum nature of the radiation. It demonstrates phenomena like squeezing or multi-photon processes. In order to study such phenomena theoretically, it is necessary to develop a fitting model for the detector. The goal of this project will be to explore different theoretical detector models for microwave photonics, including the initial detection of the photons, the amplification of the signal, and possible backaction due to the detector.
Contacts: David Scheer, Fabian Hassler

This work will continue recent investigations in our group on the action of an essential component in quantum microwave science, the gyrator. Here you will do calculations of the real-time propagation of electromagnetic fields in this device. Contact: David DiVincenzo

In this project you will explore theoretically variants of the semiconductor quantum dot to perform quantum gate fidelity and readout. There will be an emphasis on tailoring the spin-orbit action to achieve optimal performance, and on varying the electron number and confinement strength. Contact: David DiVincenzo

In these projects you will study theoretically some basic properties (energy levels, wave functions, matrix elements) of superconducting qubits such as the fluxonium and the flux qubit. These properties can be accurately calculated numerically in most cases, especially if the problem reduces to that of a quantum particle in a one-dimensional potential. The goal here is to construct an approximate but accurate analytical solution to such a quantum-mechanical problem, using perturbation theory, the WKB approximation, etc. For a B.Sc. project, a symmetric double-well potential will be analyzed. Extension of the results to asymmetric potentials, and to two- or three-dimensional problems, can be considered for a M.Sc. project. Contact: Gianluigi Catelani (g.catelani@fz-juelich.de)